How to say goodbye to a friend that is dying

A good friend passed away recently. It wasn’t the perfect end to a friendship that one would hope for; indeed such a thing may not exist. But in passing she gave me an answer to a question I have pondered for years: How to say goodbye to a friend that is dying. It is an answer; not the ultimate answer. Be happy for what little wisdom you glean sometimes.

The question came to my attention 1994: the second season of Babylon 5 was in full swing. We were in the build up of what to my mind ended up being the best story ever told on TV, over a 5 season span. But at this point I still had niggling doubts. Too many let downs from other TV series had left me cynical, I was still expecting such let downs from Babylon 5. We are watching Sheridan trying to figure out what the Technomages are doing on his station; he is doing his best, but the technomage is being cryptic, giving answers without actually answering the question at hand. It’s a great scene – if you have not watched it in a long time it is worth a rewatch:

If you have never watched Babylon 5 before and you have any interest in Science Fiction whatsoever, go buy the DVDs and watch the whole thing for context. Go ahead. I’ll be here when you get back from your roller coaster ride.

And now, back to your regular (non)scheduled blogging. The technomage is answering Sheridan’s question about what things they know, he responds with

The true secrets, the important things. Fourteen words to make someone fall in love with you forever. Seven words to make them go without pain. How to say good-bye to a friend who is dying. How to be poor. How to be rich. How to rediscover dreams when the world has stolen them. That is why we are going away—to preserve that knowledge

I remember thinking at the point of “the important things” that this was going to be a cop out – what could he say that would encapsulate the important things? This is going to be lame, I thought. I was wrong, so wrong. It’s a pretty powerful list – and these would be examples of the many important things technomages might know. That scene has stayed firmly embedded my brain the last 28 years and ain’t going anywhere anytime soon.

Fast forward to ten days ago. “She’s gone.” It seemed so sudden, yet I had previous warnings. I had not dropped everything to go to the hospital when I got the call that she was dying earlier in the day. My only question at that point was “Is she responsive?” It was a critical question for me, as I’m not going to be there if I’m not wanted. And I certainly was of the opinion that I should not be there at this time, for my friend would not want me to see them like that in the end. Let’s just say there is a previous pattern of hospital visits where I only find out they are there once things are looking up, then I go and visit on a positive note, talking about what we’re going to do once she’s out of the hospital, rather than trying to find the words to the end. To be absolutely clear on this, I am good with that: wholly-100%-OK.

So what was goodbye then? Turned out it was a couple of weeks previous. We had concluded our irregular Friday night at Denny’s, which usually ended with me stepping out of the van and giving a prognostication on when we might get together again. I couldn’t tell you the exact words I said to her, but it would have been to the effect of “I don’t know when the next time will be”. I gave my best wishes and turned to my door, never to see my friend again. 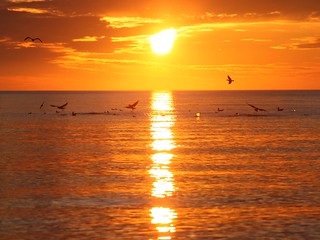 Was that better solution than being at someone’s side when they can’t respond back to you? I get to remember my friend as they were – not as someone hooked up to a zillion tubes and looking, well, you know. I was conflicted initially by my decision not to go to the hospital – I knew the end was nigh but I remembered those previous discussions that boiled down to “I don’t want you to see me like that”. For context, my friend worked with old people, and had seen many people having to deal with dying. She understood – it is very hard to go see someone who is about to die. I will accept my friend’s solution.

So, when I found out that she was not longer responsive in the hospital, I had to go with the previous pattern. There was going to be no visit this time because there was no getting better. I had to go with their directive, given not in words, but in action, prodding me along to the decision I had just made to not rush to the hospital. There would be no goodbye: just remember the last time we parted on happy terms.

That in the end was her final gift to me – to be able to remember her after a happy night out at Denny’s – next visit, to be determined. Thank you for that – you always were a generous soul.

Just another blog to share some thoughts with the world.
View all posts by ralph →
This entry was posted in rant, WhoKnows?, zoo. Bookmark the permalink.