How did I end up setting up camp in the dark? 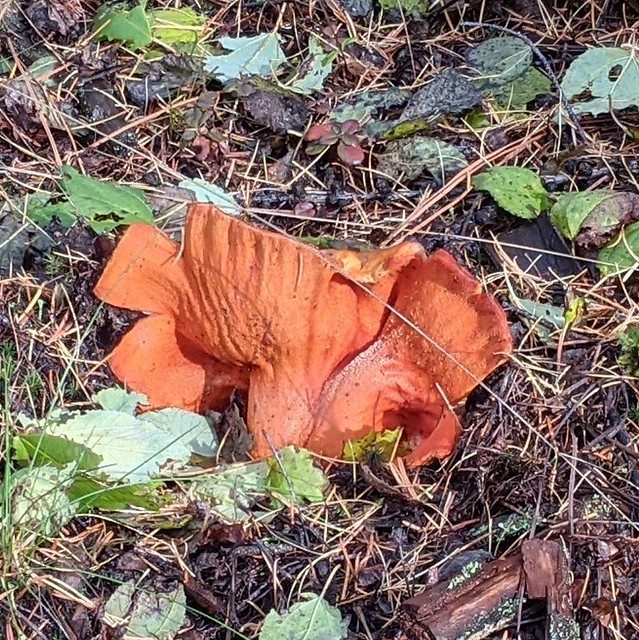 I had not planned much for getting onto Vancouver Island. I figured I didn’t have much of a schedule other than ‘arrive at campsite before dark’. There would be no need to reserve a ferry spot, ferries don’t fill up this time of year. I had stayed in Keremeos thinking it would be close enough to Vancouver that I could drive through in the day, have a nice mid-afternoon ferry ride, then a short drive to my campsite and setup before dark. So how did I end up setting up camp way after dark?

I thought I was leaving at a reasonable time, 10am. I had four hours of driving plus allowing an hour for a lunch stop and gas fill up. My gas fill up was taken care of right away. According to Gasbuddy, the Fas Gas right beside my RV Park was the cheapest gas I was going to see between here and the island. So, fill up right away and one item checked off my list. I figured I was in good shape, 10:30am and I was on the road. Let’s allow a little time for a potential traffic backup and say I’ll still be five hours on the road – that puts me at Horseshoe Bay at 3:30. I had not planned ahead to see the ferry schedule, but I thought surely there would be a ferry every hour and I’d be over no later than 6, just before complete dark at the latest. But that was not to be, my assumptions about the ferry were off by quite a bit.

As with my previous travel, me being on a schedule meant I wasn’t going to be stopping and taking pictures all over the place. My schedule wasn’t that tight, but I knew I wanted to be at the ferry terminal by mid afternoon to make sure I could cross before dark. If the weather had been really nice and something good came up, a short stop was possible, but the skies were grey and the roads were still wet in many places, with left over snow on the side from the previous system that had just passed! There wasn’t anything really jumping out at me to stop, so I drove on until lunch at the Hope Slide resting area.

The Hope Slide turned out to be a pretty good rest stop. I’d never even heard about this particular slide. It occurred in 1965, killed four people and is the second biggest recorded slide ever in Canada. You can see how the slide came down, and across the valley, over the original highway, buried under the rock I was standing on.

People have been compelled to paint all over the rocks, some quite a ways a way from the road. I see a stenciled painting, warning that the area is private land. A later investigation reveals this is true, everything in the rocks around the rest stop is private land, no trespassing! Like people are going to care unless a fence goes up.

I walk a ways down the trail (trespassing) among the rocks. It’s a massive boulder field, the RV is up above me, I’m down at about the level of the original highway.

I circle around, exiting the boulder field following a path that turns out to return to the old highway 3, circa 1965 vintage. You can see, this is a much narrower, twisty road – things have improved lots since my Dad’s days traveling these roads. While they may not be twinned freeways, they are generally a lot wider and less curvy than they used to be. Now, the slow to 50km/hr sign is an exception rather than a common sign these days on the major routes at least.

I leave the Hope Slide, and head down onto highway 1 – the plan is a straight run through to Horseshoe Bay from here in a couple of hours, then I can relax a bit either waiting for the ferry, or if I’m lucky, get on the ferry and relax there right away. But that wasn’t quite how it worked out.

I have driven through Vancouver enough to know to expect possible traffic jams on the Trans-Canada highway at anytime. At the very least, it will be more stressful freeway driving. But today’s drive is relatively easy – I arrive at the ferry at 3pm and find out there is a sailing at 3:45pm. Perfect, I figure just early enough to not have to rush getting on. But as I pay my $70 and change for my RV, I informed that there may be delays. I’m not thinking anything of it at this point – middle of the day in the off season, how could the ferry be full?

Well, it turns out the ferry can be full in the middle of the day even outside of tourist season now. I miss the ferry by one van and its trailer – if I’d only taken a shorter stop for lunch, I’d have probably made it. Sigh. The next sailing isn’t until 6:35, considerably more than the hour wait I’d guessed on. Really, get another ferry going BC, this congestion is getting a little ridiculous. Since I’m not getting to my site by dinner, I might as well head over to the shopping area and hit the Troller Ale House. The Ahi Tuna Burger and some decent brown beer “Howe Sound Pump” at least sooth me knowing that I will be driving into an unfamiliar area of Nanaimo into an unfamiliar campground in the dark. At least it’s not like my last pilgrimage to the island where I arrived after midnight and needed to find a motel to sleep in. (That was during my non-blogging hiatus in 2013).

The ferry ride in the dark is boring really, especially since it’s drizzling outside and completely overcast – not even coastal lights are visible beyond a couple of kilos. I review my route according to the googles. It’s a straight shot down the main drag through Nanaimo, left at a light just before Duke Bay ferry terminal, and straight into the campground at the end of the road. This shouldn’t be too bad.

I get off the ferry and have to fumble my phone while driving as I had not turned on the navigation before I started driving, in part because the phone didn’t know where I was inside the ferry and I didn’t trust it to pick it up on the way out. Lesson learned. At least a traffic signal gave me a few seconds to fiddle with the phone, yeah I know you are not suppose to touch the phone ever. This is reality – if I’m stopped, I will touch the phone, if I’m moving, leave the phone alone. Cops are not going to agree with my stance, so I just have to make sure no cops are around to argue with on that one.

I arrive at the campground and have to surmount one more challenge – finding my campsite in this huge campground. I navigate around the back way according to the map – it should get me facing the right direction to back into an angled stall. But five minutes of driving later I realize I’ve somehow turned myself around and am back at the entrance. I’m just contemplating plan B – the direct route, when an employee in a golf cart comes up and offers to guide me to my site, following the direct route that would have been my plan B. He leaves me at my site, which is dark. I step out and look around – it’s a big enough site, I just have to get myself backed into it.

I’m only a beginner at this RV parking thing, so there is a lot of backing up, stopping and going forward. Doesn’t help that my backup camera is completely fogged up and is actually blinding me in the cab with its bright screen. I can’t see squat in the mirrors being blinded, so it’s a lotta getting out and looking to see where I am after moving a couple of feet. I’m doubly annoyed in that I’m not quite level enough no matter what spot I pick, so out come the levelers. But I get it done eventually – plug in the power and call it good for the night – sewer and water can be dealt with in the light of the morning. I look out into the dark behind my campsite. I have no idea what the view is beyond a few lights I can see in the distance. I will awake tomorrow morning to find out what kind of site I have bought myself for my three weeks of glamping.

Just another blog to share some thoughts with the world.
View all posts by ralph →
This entry was posted in The system, travel. Bookmark the permalink.