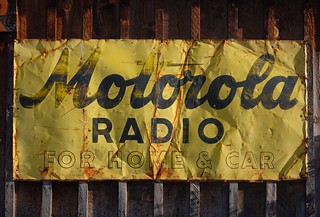 My journey south was about to take an eastward leg into the hills. No more flat plane driving for me, it was going to be windy roads, mostly off the Interstates. The googles was taking me toward Albuquerque, New Mexico mostly by the paths less traveled which was fine with me. I was sure to see more interesting stuff, and stop at things more than just another rest stop on the Interstate. I just have to make sure I do a left turn at Albuquerque. 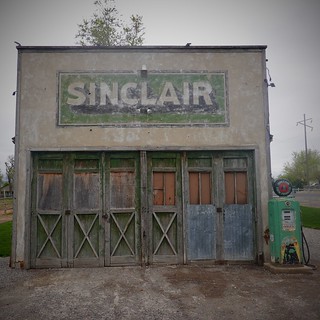 I left Lake Utah heading south on Highway 68, heading to Elberta. That is not a typo, it is the real thing. I have visions of people with southern accents talking about how they are from Elberta. I was not expecting to do more than stop and turn east in the town, but the cool little old Sinclair gas station sucked me in like a bear to honey. I could have killed for some better light, but the skies were dull grey with the sun in the wrong direction to boot. Considering the massaging I had to do to even get this, I’m happy with the shot. There are a few old things scattered about which is a smart move: cater to the crowd that will stop to photograph an old building. 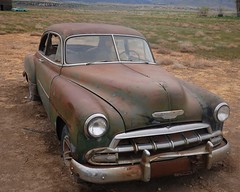 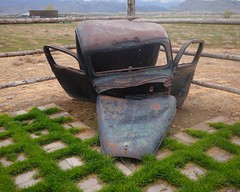 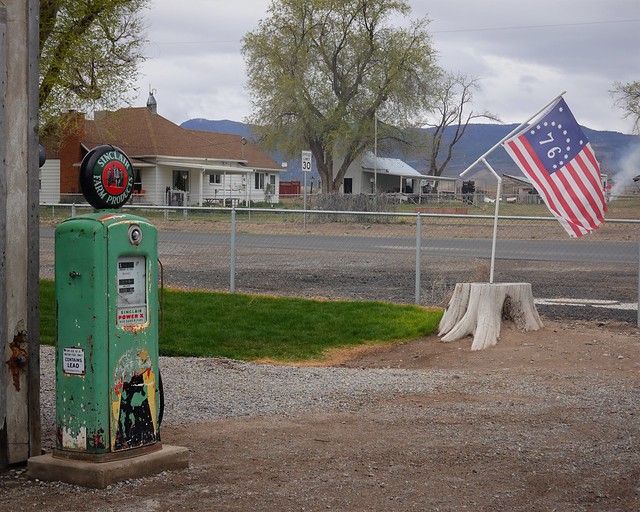 A gas pump from my childhood, and a flag from the USA’s childhood. Smoke is coincidental or symbolic, you decide.

The USA has a long enough history of independence to have come up with many versions of it’s flag, among them alternates, like this Bennington flag, a version referring to an important victory in the battle for independence from Britain. It is a popular historic flag to display where a nod to the American Revolution is desired. It also is a secondary flag flown by some freedom fighters and patriots promoting those causes. I would say from my readings, that context is important when considering the meaning of the flag – here I will say it refers to this historic side rather than the freedom promotion. 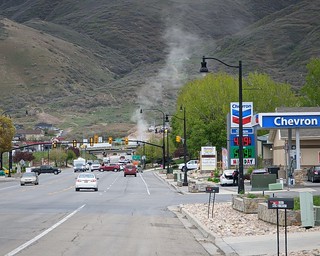 Heading on Route 6 to Interstate 15, I pass through Santaquin. I had planned to go past the Interstate junction and fill up at the Maverick, before briefly heading north on the I15. But there is smoke ahead, and the cops are diverting everyone at the next light. A quick adjustment to my plan makes me decide that $4.49/gal at Chevron is just fine to fill up while I contemplate how I’ll get around that blockage. While I am doing a quick swipe at the windows, a southern gentleman with a wide brimmed Mexican hat starts talking to me. “Nice little RV you got, how’s it working for you?” Yep, a 20 foot long RV is such a rarity that is is a conversation starter on the street. We chat for a minute then I ask about getting around the blockage up ahead. The gentleman directs me north at the light rather than the south I was going to take. Good, a more direct route but the map didn’t look promising on my phone. I follow a bunch of other vehicles turning, no doubt doing the same as me and just follow the herd. Sure enough, ten minutes later we are back to the next interchange to the north of the blocked one. I lost a little time, but it was a nice drive in the local countryside – a mix of agriculture and rural acreages around here.

I was only going north briefly as I mentioned because Lake Utah was in the way of my continued route east on Highway 6. I could have gone north from my campsite for about the same distance and come back south too, but that would have put me in the ‘burbs of Salt Lake City again, no thank you. Route 6 climbs up as expected leaving the Salt Lake basin. I climb up with a bunch of vehicles. The higher I get, the fewer vehicles. There are a few semis along too, I play leap frog with one as I pass him going up a slope, and he passes me going down. I’m sticking to 66mph – gets me there fast enough and a bit cheaper too. 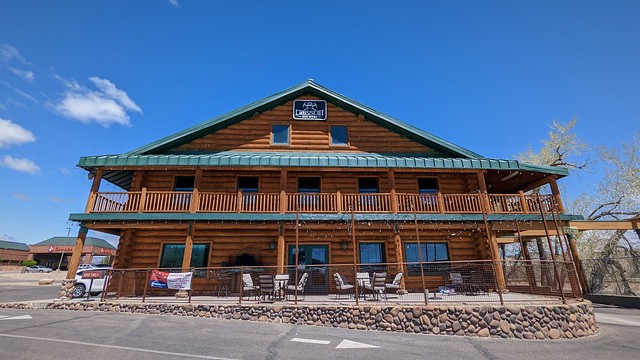 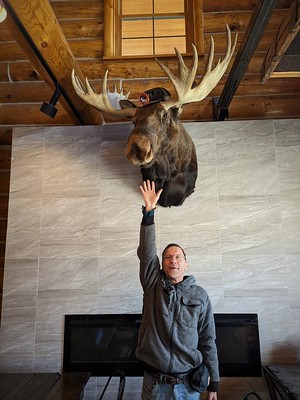 By the time I get to Price, I’m getting hungry, it is noon. I see signs advertising Crosscut Brewery, next right. Sounds like lunch to me! I turn off and find the building no problem right beside the highway. I’d give you a detailed review, but there isn’t much point – the brewery isn’t operating right now and they are just bringing in stuff from other micro breweries. The Deadhorse Amber I had was meh, but did just fine washing down my Italian grilled sub, which was OK. The service however was very good here. They were doing good business for lunch, so hopefully they get the brewing going again and can finish recovering from Covid. 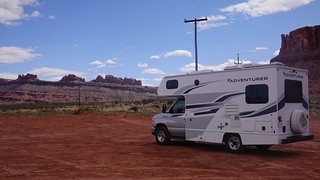 My only stop near Moab, everything after this was choke full of vehicles

My drive from Price continued down Route 6, a blissfully empty road now that I was well away from the populated Salt Lake corridor. I hit Interstate 70 for a few miles, then turn south to Moab. I was passing Arches National Park. While the rock formations are spectacular, the many people make me run away as fast as possible. But I was not prepared for the tourist trap Moab is. Traffic jams and tons of people, kitch, and everything a tourist could want. But it is prime season here right now – not too warm yet, and all the spring flowers are out. I was happy to leave Moab and continue south on Highway 191. The googles has me doing an interesting back road turning east on Highway 46, through La Sal, then up into the national forest. This is a windy narrow highway. I definitely needed to keep my speed down, but that gave me more time to enjoy the scenery around here.

One of the easier turns coming down 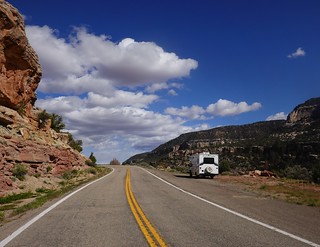 I cross into Colorado, on what is now highway 90 taking me down towards Bedrock. When I say down, I mean down, like 20mph switchbacks down the side of a mountain. One moment of inattention on these roads means plunging hundreds of feet down a cliff. I don’t even want to think about trying this road when it’s slippery. 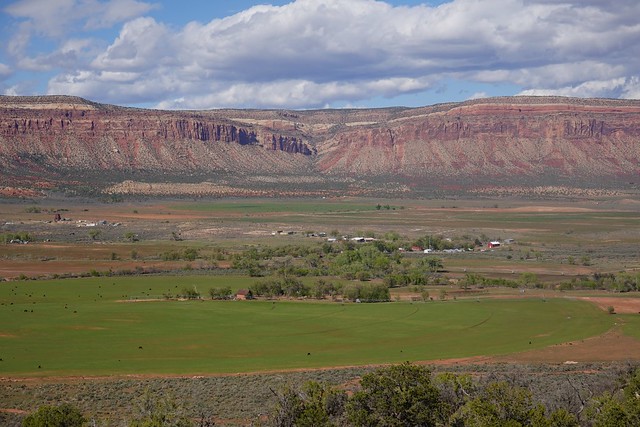 But the vista that open up before me, wow! I was dropping off a mesa into the flat valley below. I can see some irrigated farming, adding some nice green to the red rocks surrounding the agriculture. I pass through Bedrock, no homage to Fred Flintstone here, just a post office and a general store (more on that later) that look forlorn out here. My turn according to the googles at least has a sign for “Dolores boat launch”. No indication of camping, but that doesn’t mean anything. 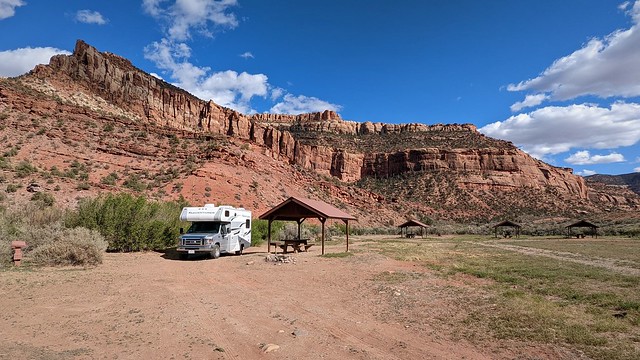 The road turns into a good quality gravel surface. I don’t have far to go and I arrive at the site. There are four spots, each with picnic table and shelter! There is no indication of no camping, and I see fire rings and BBQ grills. Looks like camping to me! I pick my spot and look around. This is a bit peculiar for a BLM site, there is a house 200m away from me, and I see some other civilization the other direction. I quickly realize the Dolores River is the divide; BLM land where I stand, private land on the other side. But if you situate yourself to not see the structures, it looks like wilderness around you here. I marvel at the red cliff faces around me – Moab can stuff it, this is nice enough and no people!

I get myself setup and wonder at the red rocks around me. It is pretty but there is one problem: the cell signal is zilch. FreeRoam  had shown at least a possibility of cell signal down here, but the AT&T map lies – there is nothing anywhere around my site. I decide to pull my usual trick of heading back to the highway for a quick connect to the internet. I have a ten minute walk by what little there is of Bedrock, a few scattered houses centering on the highway with the general store I passed on the way in. I am a little surprised – there is no signal at the highway either. It seems I am truly disconnected from the outside world at the moment. 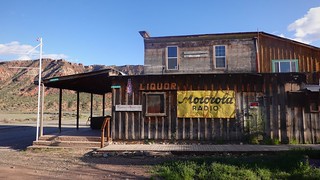 Yes, I cut off the back of the building because of the ugly porta-potty

I stop looking at the phone and take a good look at the general store. This thing is a real gem, real old time building with real old time signs and wear. I forget all about the internet for a while and absorb myself in photographing this building from the best angles I can get in the setting sun. There is a ‘for sale’ sign, and the place looks closed. 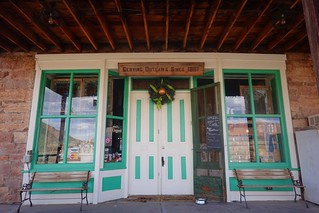 Entrance, note the chalk board specials still there

Yet, the chalk board still has the specials on it. That could be from months ago – a preserved last day’s special before they closed for good. I found out later from an old-timer in the area that the store has just been sold – there is hope the new owners will open this gem up again. It’s not like it has competition- the nearest town is twenty miles away. 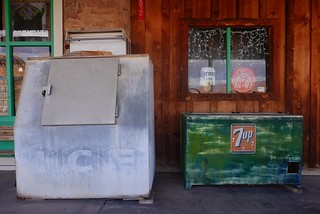 The ice chest was in the movie. The 7up cooler came here after

If all of that wasn’t enough character, did you know this store was in a scene of ‘Thelma and Louise’? The ice cooler was a little newer and less faded, but you can see it clearly in the scene where Louise calls the FBI agent from a pay phone. If this place was open I’d have definitely gone in and found something to buy – this is one place that needs to be kept alive as is. 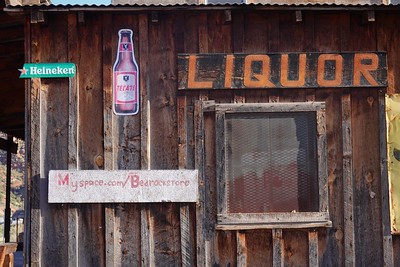 Yes, I checked if the link still works: working, but empty, like the surroundings here.

I have to say, I got a chuckle out of the collection of old signs on the building, it is the ‘old tyme’ internet reference to Myspace.com that made me laugh. Even some early internet phenomena are fading into more distance past. Myspace.com will be twenty years old from inception next year!

But my day was done, it was time to walk back to my camp and listen to the red rock desert birds as the light faded. I knew there was a trail leading into the Dolores river valley – that would be my next adventure here. Who knows what I would find? See you you next time to find out!

Just another blog to share some thoughts with the world.
View all posts by ralph →
This entry was posted in beer, campground, hike, pictures, review, travel, WhoKnows?. Bookmark the permalink.