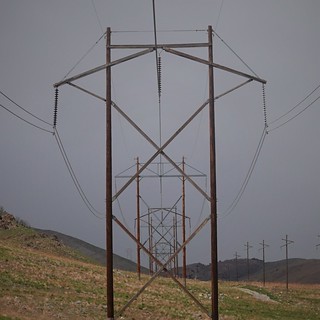 I had lots of power beside my boondocking spot

My travels down to Utah followed Interstate 15 for the most part. I was doing a short hop today as I also was doing a grocery run and dumping my tanks. FreeRoam had pointed out a BLM dispersed camping spot beside the lake. But looking at it on the map I saw that I might be able to camp on the other side of the road further away from the lake against the hills. A view of the campers far away was preferable to being among them for me. 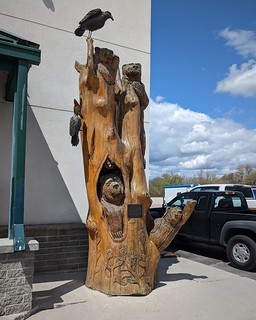 Carving in front of Thomas Market

My first stop was the Flying J to dump. As I mentioned in my previous post, I had checked it out already so already knew this was a top notch facility. Other than finding the first station I picked was inoperable,  it was a good as it gets for dumping, other than if they provided you with a hose. Now that would be nice! My next stop is at Thomas Market in Malad City. I could have waited to shop until I hit Salt Lake City, but I didn’t want to hit a huge Walmart or equivalent. So this medium sized town with its one medium sized grocery store was perfect for me. 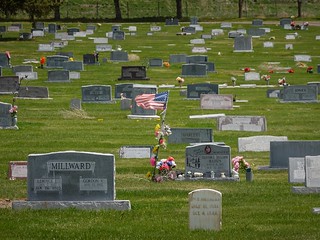 I also get a bit of a taste for the local town, including the local kitsch, although this animal carving is really nice and actually has some meaning. This tree that was carved on at one time grew in the south end of the parking lot being a part of a neighbor’s yard. When the parking got expanded they took the tree trunk and had it carved up like you see here. Nice touch, I think. After groceries, I look for a park in Malad to sit and have lunch in. I’m not seeing anything, so the cemetery will have to do. It is a nice enough spot, with an easy exit back to the highway for me.

The rest of my trip down is pretty smooth until I hit Salt Lake City. I had expected possible traffic, but was hoping to sail through since it was still mid afternoon. I was beginning to think I was good, being south of Salt Lake City proper when I hit the traffic jam. It’s not too bad, I think I might lose half an hour at worst. But the googles decides to take me off the freeway early around a back road. Now, had I just listened to the googles I’d have been OK. But traffic circle instructions confuse me when I’m driving, so I turned at the second right rather than the first right like the googles said. That put me on the wrong road, taking me off into a suburb community with no exit. I follow the googles out and exit on the correct first right back at the traffic circle. This little side road was busy, no doubt due to all the people bailing from the freeway to avoid the traffic. But I eventually get on Highway 68, which I would have got to, just further south originally. This is more your standard city main street, with traffic lights regularly spaced out. The traffic isn’t too bad, and I mostly keep moving despite the lights. Eventually the suburbs of the Salt Lake metro peter out and I find myself on a quiet two lane road, with Utah lake on my left and hills on the right. The public land is only a few kilometers out of town – I was wondering how busy it would be. 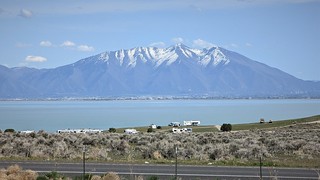 It turns out the area is pretty busy. It’s not that it is full, you can always find a spot, just not as isolated as you might prefer. I was being a maverick and turned away from the other campers, heading up a little dirt road to some spots against the hills that looked like they might work. 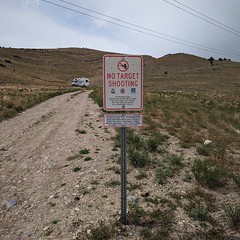 Please don’t target shoot here, lots of other places you can go 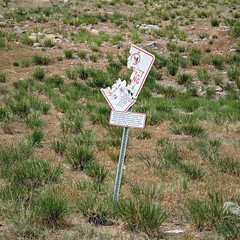 The sign coming in welcomed me to BLM land, and had a long explanation about why they don’t allow target shooting here anymore (damage to the petroglyphs in the area). Americans are sensitive about anything that takes away any privileges related to guns. I just wish the shooters would clean up after themselves and take their spent casings with them. 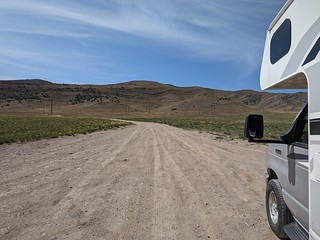 Road to the hills

I can go left or right as the road reaches the base of the hills, I decide on right. The road gets a little rougher and goes up. The first spot is a pullout, but not very level. The next spot is a little road off shoot that heads for a gully. I take that, finding the road dead ends with a loop 50 metres up. I was following a big power line and the road has put me just far enough away that I’m not under the lines, but I can hear the hum. EMF I can take, not being level is another thing. I can see there are spots that look almost level enough, but nowhere near good enough to skip the levelers. I get them out and spend the next half hour backing up and going forward trying to get myself level. It seems possible, but I can’t quite get myself there. Plus I’m slanted with my head pointing down sleeping again if I accept this spot. I mull it over for a few minutes and decide my levelers have had enough crunching today on the rocky ground – they are taking a beating! I’ll camp one night and see how it goes, it is no worse than my last unlevel spot off the logging road near Slocan Lake. 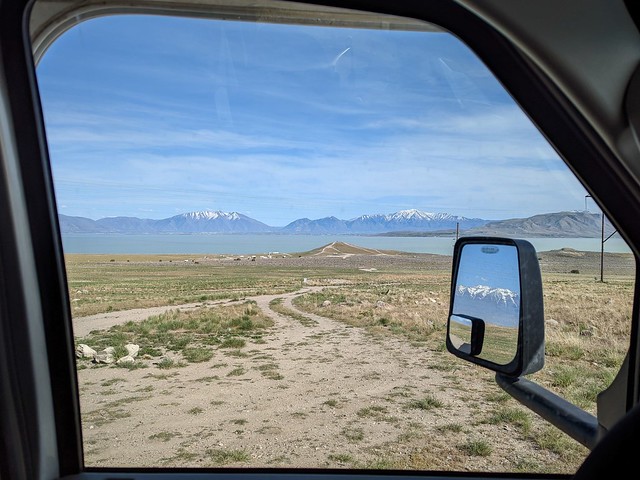 View down to the boondockers, far away from me 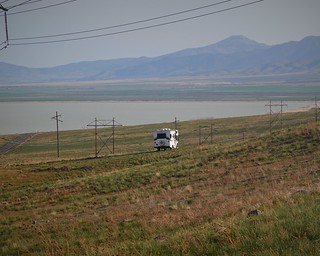 Alone on the hill

Part of the reason I decide to stay even though I’m unlevel is the view. I really like looking down on everyone else from my perch high above. I am god, ruling from above, and will rain down punishment on you if you do not please me. I hear nothing from this distance, but I can see someone coming a mile away, literally. I will hear no pleas and have plenty of warning should someone decide to climb the hill seeking wisdom from me. The other advantage is from here I can just continue up the little road that peters out to nothing, taking me up to the top of the hill where I can really lord it over people! 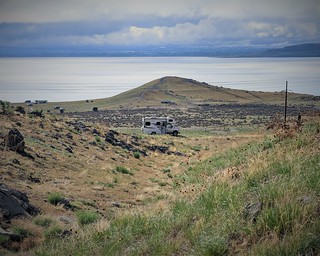 I sleep OK for my one night head pointing down again, but decide that I’m either moving to a better spot, or moving on entirely the next day. A look around the area gives me all of two hikes, one up to the top of the hill, and one down to the boondocking spot. I think I can manage both of those in a day, and then sleep one more night crooked before moving on entirely. I decide to try hill climbing first in the morning. The weather is unsettled. It could get too hot in the afternoon, or too wet, hard to tell which way things are going to go here. 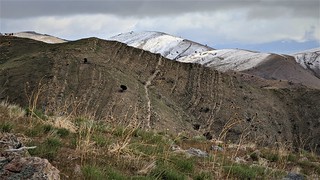 Snow was only about 500m above me

I had thought I’d escaped the snow for now heading south, but no, it was right on my tail, just above me last night it seemed. In fact, one cloud coming over actually snowed on my RV briefly, but it is warm enough where I am to melt all snow right away. But the weather was good now for my hill climb, so up I went. It is a fairly easy climb for going cross country. Good thing, as I have not been this high since October last year and I still have not done as much hill climbing as I’d like to get in shape. This workout was what I needed. 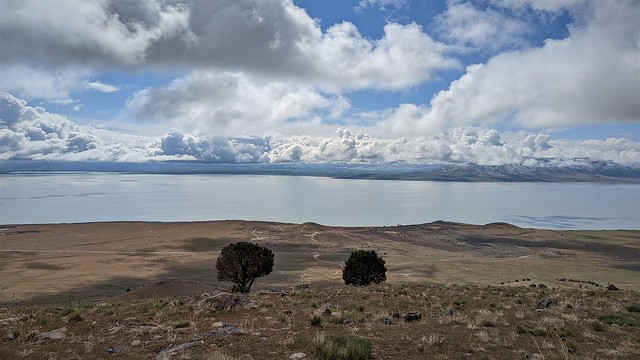 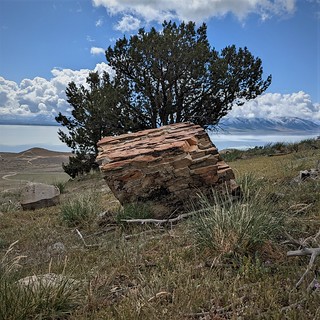 Cool rock with tree on the way down

Unfortunately pictures cannot do the view justice. The clouds added the perfect touch to the scene. Can you see my RV, between the two trees, way down there? I drank in the scene for a few minutes, but only that – the weather was starting to come in and I did not want to be up there if it rained, or worse, snowed! But I make it down OK. There is a little bit of rain once I get back. You’d think I would have been dry going up the hill with no rain, but the dew in the morning was thick, every grass blade had a big fat drop on it. My feet were wet in no time climbing. Going down, the clouds coming in kept the grass from drying so I did not dry either. Wet feet were worth it. 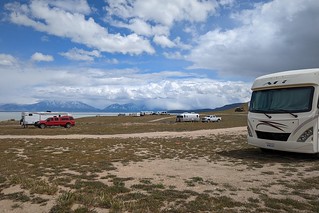 My afternoon walk to the boondocking area was timed between rain showers. Having good internet, I was able to watch the radar and judged I had an hour or so to go down and take a quick tour before some more rain came. There are some hills down here too, you can camp closer or farther from the lake. The best spot the Schooly was sitting on was on a ridge overlooking the lake. There were dog walkers around and one very noisy big ass generator. That one will run AC no problem! There is someone climbing the knoll that overlooks the lake and boondockers, so I skip that climb. 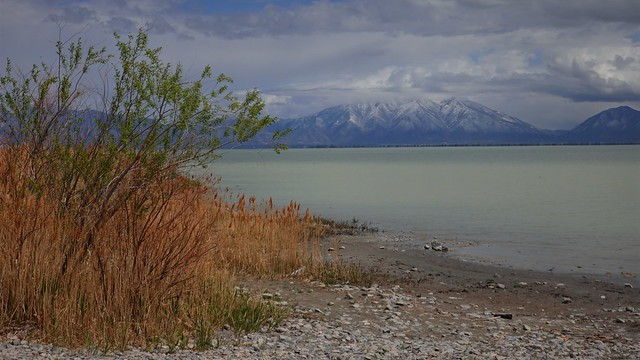 Utah Lake looking across to Provo 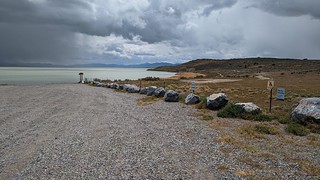 Day use area only

I pass the boondockers and hit a fenced off area that is for day use only. That is a good idea or the boondockers would camp in the day use parking, and right up against the lake. Although I’m not sure that is the best, I was reading the flies can be brutal close to the water. The water is silty and warm where I could touch it. I was not going to wade out in it to see if it got colder. Keeping an eye on the weather, I see clouds coming in. Time to head back to the RV before I get wet.

I decided that two nights sleeping tilted was enough. I had lorded over the boondockers from my lofty spot for long enough. It was time to head southeast, into the hills and rocks. I’ll leave off with a few extra pictures. See you next time from Bedrock, Colorado! 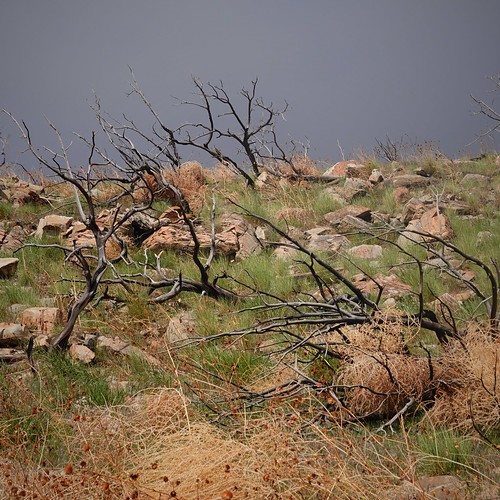 I don’t think these are ever coming back 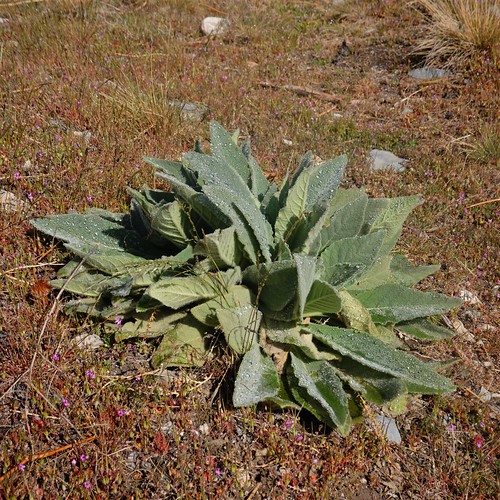 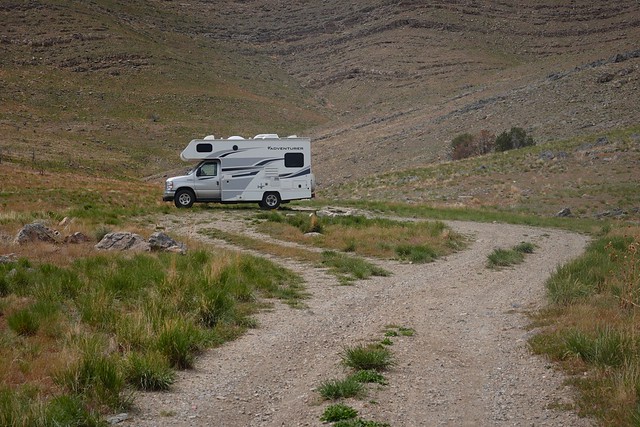 RV on the hill loop 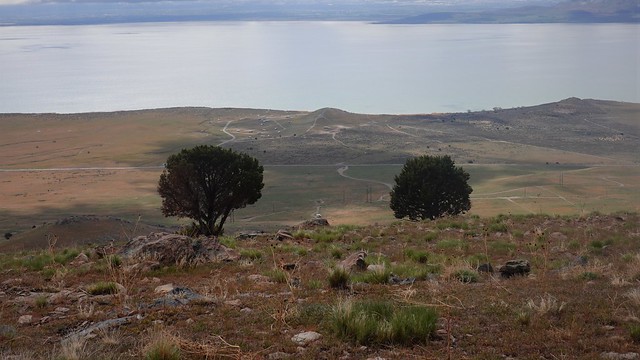 Still can’t see my RV in the view? Here is a zoomed in version!

Just another blog to share some thoughts with the world.
View all posts by ralph →
This entry was posted in boondocking, pictures, travel. Bookmark the permalink.