You will note after my last posting, I turned right at the fork to head to the mines. The fork to the left led to something called a “Retort Oven” on the map. What could this be?

I had resolved to find this oven today on a return visit with David and Tyrion. My dim recollection of university chemistry indicated that this oven would be some sort of separation device; probably related to the ores being mined nearby. 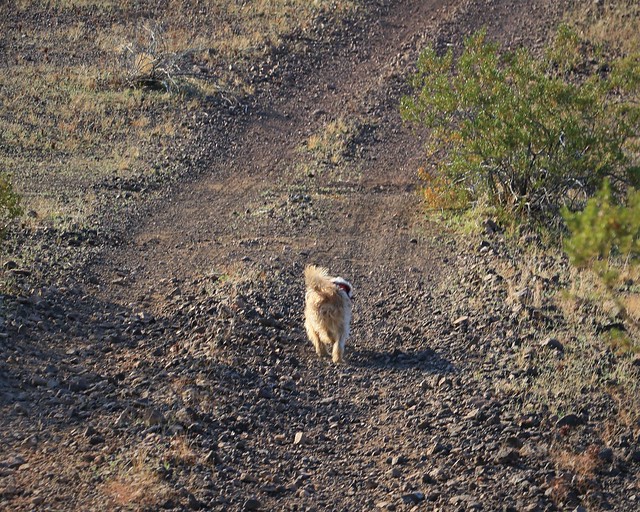 We visited the mines first, with Tyrion fearlessly leading the way. He has a bit of dual personality, one minute you are his best friend, the next, you are the enemy, to be driven out of camp at any cost. However, this duality did not apply to being outside of camp, so I did not have to worry about being ankle attacked the minute I turned my back. 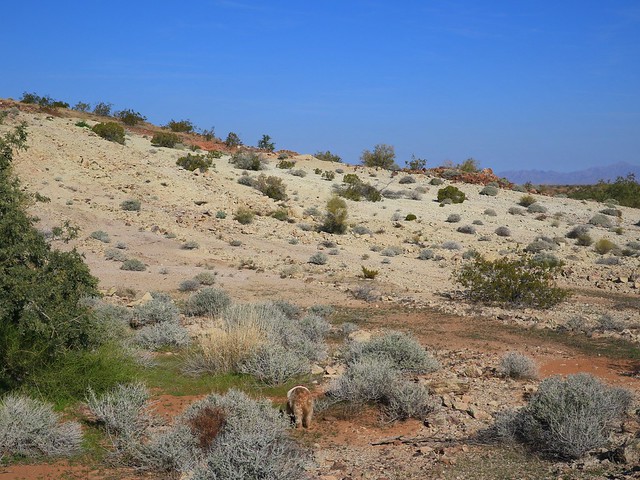 We looked at all the mines I had visited previously, going past the yellow rock quarry, the grey rock, and then circling to the north, hoping to find the Retort Oven. The topo map app on my phone was most useful in planning our route, we left the road and followed a ridge that was easy to walk along, also having a good view to potentially spot the retort oven. 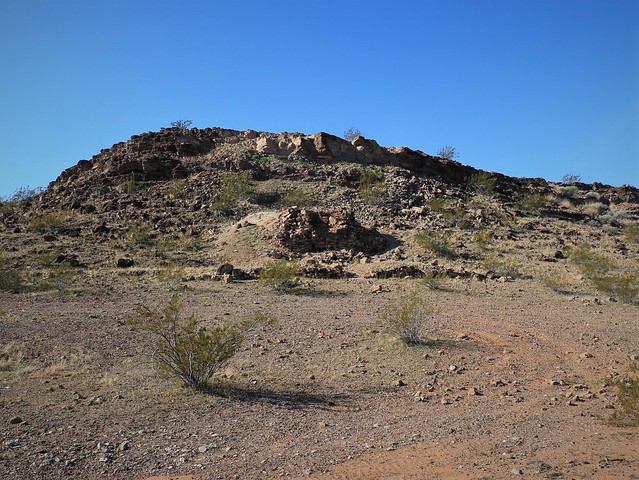 We eventually spot a track that seems to be going the way we want. Following down off the ridge, we cross a wash having to navigate past some pretty dense vegetation. The washes can be quite tree and shrub covered, the vegetation replaces the water as the challenge to get past. On the other side, David spots the retort oven to our right up against a little hill. 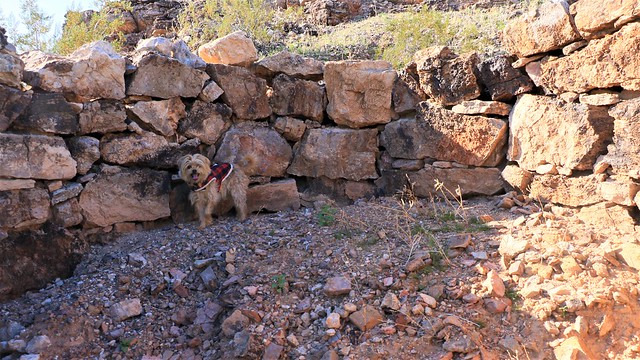 There is still quite a bit of the wall structure standing. I ask Tyrion, “Do you want to be a hot dog?” He seemed unwilling, although he was happy to explore inside the oven without the chance of it being on. 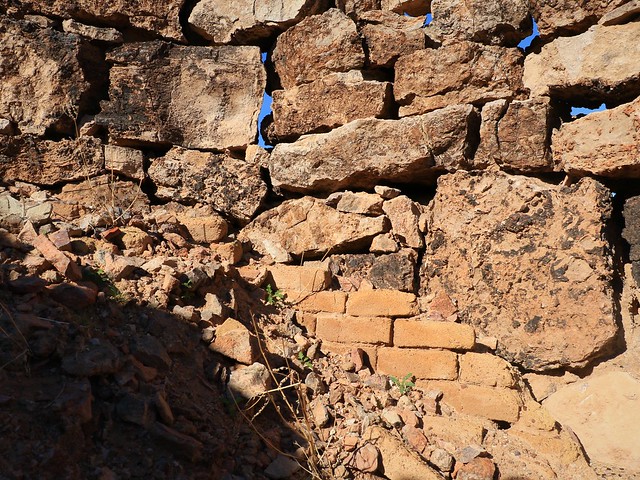 You can see the inside brickwork still remaining, showing the double walled nature of the construction. Bricks were presumably brought in, but the outer wall looks like local rocks fitted to make walls. That would have limited the amount of materials that would have had to be carted in to make this thing in the first place. 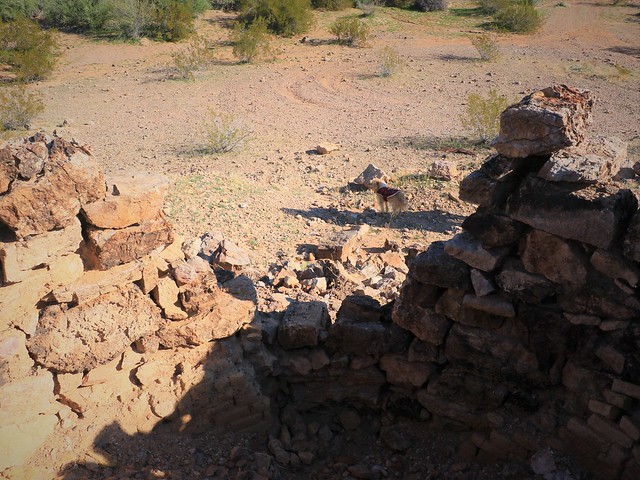 Looking out of what would have been the door, you can see this isn’t a large oven, but it is the most significant structure I have encountered out here. Whatever they mined, there was enough of it to justify building this beast out here. 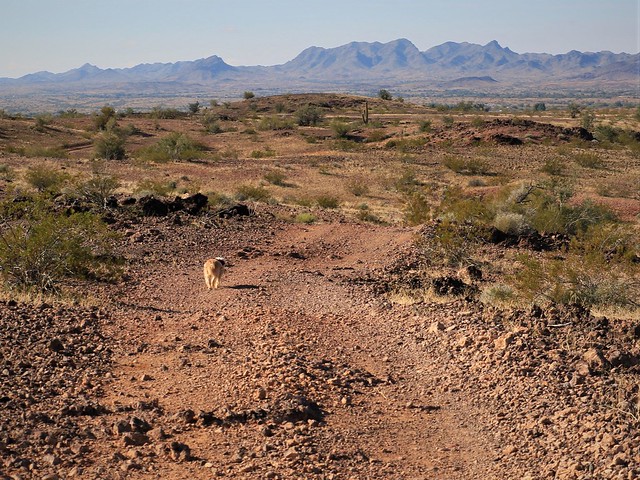 David and I walk back to camp, neither of us sure what was mined out here. The desert seems to always leave some questions unanswered. Tyrion at least seems sure of the way home trotting out ahead of us. Tomorrow, I will break camp and leave the group of Patreons I have spent the last few days with. It has been fun, but I don’t care to be there for the upcoming Parker 425 race. This area we are camped on will become one of the major spectator parking lots. Time for me to move on, and see if we can sneak north to see the Grand Canyon before I have to head back home!

Just another blog to share some thoughts with the world.
View all posts by ralph →
This entry was posted in hike, pictures, travel and tagged RV desert travel. Bookmark the permalink.